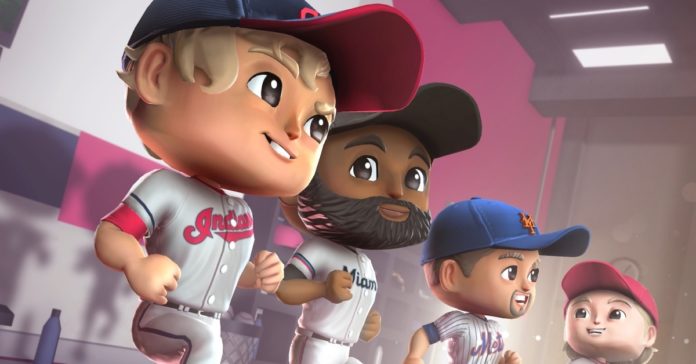 The game once known as MLB Crypto is getting a facelift by reducing its dependency on its underlying blockchain, Ethereum.

Announced Tuesday, MLB Champions introduced a slew of new features while cutting the game’s in-app minting process for non-fungible tokens (NFTs). The update introduces a range of new gameplay options but also adds more steps for creating unique digital items that can be traded outside of the game itself. Namely, the new version of the game moves the “minting” system off the mobile app to the MLB Champions website, according to the startup.

Randy Saaf, CEO of Lucid Sight, the company behind the game, said the team will be launching an in-app marketplace with its own token in the near future. It will not accept ether (ETH) because of censorship concerns on app marketplaces.

Saaf said MLB Champions is one of the few blockchain-based games on Google Play due to a near shadowban of decentralized applications (dapps).

Instead, the app will move almost entirely to a custom-built “digital scarcity engine” to create artificial ownership limits in the game.

The team built a MongoDB database that fit Lucid Sight’s focus as a gaming business, Saaf said. Lucid Sight also has limited-ownership items for purchase in other games such as its space title, Crypto Space Commander.

“The whole point of Scarcity Engine is to cover up the complexity of blockchain. If it looks like it isn’t blockchain, they have done a good job,” Lucid Sight investor Jonathan Sweig told CoinDesk in a private message.

That’s not to say digital scarcity as a concept hasn’t held up well for the startup.

Rather, incorporating Ethereum as the game’s base layer proved too complex for onboarding new users, Saaf said. Fellow NFT startup Dapper Labs recently expressed similar sentiments with Ethereum and opted to move to a custom blockchain instead.

For example, the old version of MLB Champions required users to download the app, go through an exchange to purchase ether (ETH) and move ETH into the game via MetaMask. The average user just wants to open his phone and play ball, Saaf said.

Lucid Sight is not waiting around for scaling solutions to Ethereum’s slow transaction speeds either, he said. Moreover, other crypto platforms offer faster transactions but still face questions regarding censorship from tech giants like Google or Apple.

“We all want massive adoption here. I think the way we do that is to add crypto in the game, but not for the sake of crypto,” Saaf said.

The team decided a middle path – mixing traditional databases and blockchain together – was the best approach given the current gaming market.

“Your average consumer needs a free-to-play version and it needs to be mobile-first,” Saaf said.

At the same time, players still have access to the Ethereum market itself, which has seen MLB Champions items that increase the odds of winning fetching tidy sums on third-party markets such as OpenSea.

“[MLB Champions] is a rare blockchain game that is accessible for the mass audience on mobile devices while still providing benefits of digital ownership on Ethereum,” Lucid Sight co-founder Octavio Herrera said in an email. “Users will be able to play MLB Champions on their mobile phones and users who wish to can mint their MLBC Figures as NFTs on Ethereum and transact with others in our Marketplace or using other marketplaces that support NFTs.”

Right now you can bid on players such as the Los Angeles Dodgers outfielder Mookie Betts or 2017 MLB MVP Jose Altuve for 0.25 ETH, or about $35.

How to Guarantee a More Predictable Tax Result Until I… | News