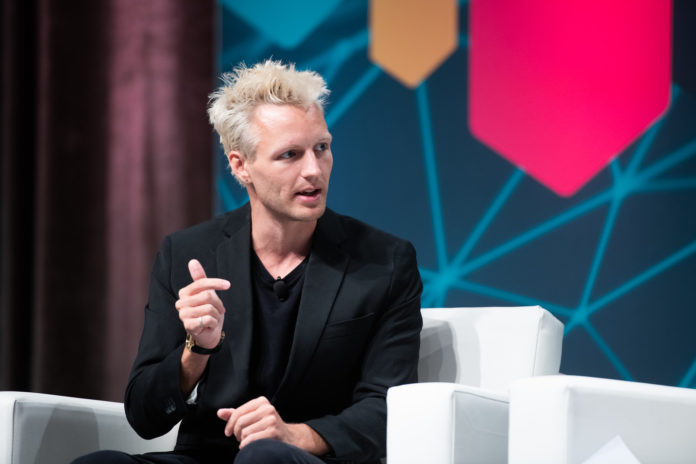 The MakerDAO loan system, administered by the Maker Foundation, hit its debt ceiling Wednesday with roughly $100 million worth of the stablecoin DAI issued and more than $339 million worth of ethereum locked up as collateral.

On Thursday, the Maker Foundation proposed a new debt ceiling of 120 million DAI, which will now be voted on by holders of MKR governance tokens.

“MakerDAO has hit that limit and no more [DAI] can be generated until that debt limit is increased,” Maker Foundation president Steven Becker told CoinDesk.

This follows the previous raise in 2018, which doubled the DAI debt ceiling from 50 to 100 million stablecoins.

Despite the platform’s rapid growth, Becker said the nonprofit’s employees don’t have any statistics or insights into which demographics are taking out these cryptocurrency loans. Whoever they are, LoanScan tallied users conducting 35,919 transactions over the past month alone.

Back in July, the MakerDAO Foundation’s Joe Quintilian told CoinDesk he “wouldn’t be surprised” if the first $3 million loan was issued by 2020. As of November, there are at least five loans exceeding that amount, including two loans over $8 million each.

These loans don’t have fixed interest rates. Michael McDonald, creator of DAI analytics site mkr.tools, said in July that raising the debt ceiling might require a higher “stability fee,” the interest rate users must pay when they close out their DAI loans.

The stability fee fell from over 18 percent this summer to 5.5 percent today. The majority of the 35 voters who participated in a poll this week voted to raise the rate again to 9.5 percent. However, Thursday’s MakerDAO Foundation proposal to boost the debt ceiling to 120 million DAI also put a 5 percent stability fee back up for a vote.

Borrowers will have to pay whatever fee these voters decide on if they want to reclaim their collateral. Voter turnout remains low (just 1.97 percent of MKR holders participated in this week’s vote), perhaps in part because MKR tokens cost around $612 each.

Andreessen Horowitz’s crypto-centric fund holds 6 percent of those MKR tokens, with Polychain Capital and 1confirmation also holding significant amounts and nonprofit board seats. The MakerDAO Foundation has 85 contracted employees, Becker said. Furthermore, the system’s underlying ethereum backbone is being reconstructed, a project called Eth 2. Becker said it’s too soon to say when or how the system will migrate to the new blockchain, although mutual compatibility is the plan.

“The impact that we plan should be negligible and very much manageable,” Becker said of the ethereum upgrade.

“Let’s be upfront about what the risks actually are, rather than say they are so minimal,” she said, adding:

“We can’t just let [growth] overshadow the fact that there are unintended consequences and unmitigated risks.”

One risk: These loans automatically liquidate if the price of ether drops below a designated point (which varies depending on the loan).

As of Nov. 18, MakerDAO will switch to a multi-collateral system, where users can put cryptocurrencies beyond just ETH into the DAI system. For starters, the system will only support one other token, BAT. Becker told CoinDesk OmiseGo is another prospective token being considered. Each type of token collateral will face prospective liquidation according to its own price feeds.

One aspect of the current MakerDAO migration that troubled Monahan is calling the collateral process a “vault,” as if the ether collateralized to issue DAI was stored for safekeeping with no further action required on behalf of users. (The previous name for taking out a DAI loan was “collateralized debt position.”)

Becker said there will be ample materials instructing users on how to transfer their loans from the current system to the multi-collateral system later this month. It could be as simple as pressing a button and indicating consent, he said, depending on the users’ platform of choice.

“Like any migration, you’ll have a dual system running until some time has passed,” Becker said, adding it’s not yet clear what will happen to loans that haven’t moved over by this time next year.

Monahan said she’s excited about the growing DeFi ecosystem, but that it also reminds her of the Decentralized Autonomous Organization [DAO] hack in 2016, where millions of dollars worth of tokens were stolen and the entire ethereum blockchain was reorchestrated to restore lost funds.

“I kind of hope we don’t do the same exact thing. Let’s talk about [risks] before this gets too big,” she said, adding she hopes people are exploring every possible way this could impact users.