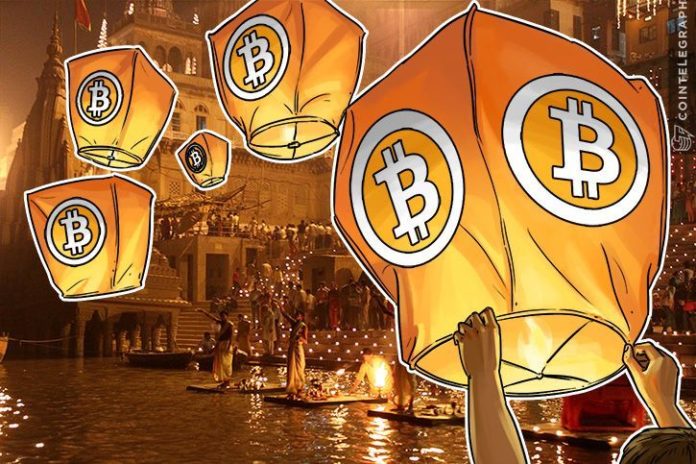 Earlier this week, CNBC’s Jim Cramer stated that it is possible for Bitcoin price to reach $1 mln in the future.

On the CNBC show “Squawk on the Street,” Cramer stated that the demand toward Bitcoin is rapidly increasing and because of Bitcoin’s decentralized nature, its price could potentially enter the $1 mln region, which would bring the market cap of Bitcoin to tens of trillions of dollars.

However, Cramer’s reasoning behind his Bitcoin price prediction was fundamentally flawed as he failed to grasp the core purpose of Bitcoin and why investors are starting to purchase Bitcoin.

Over the past two years, Bitcoin has transformed its image from being illicit dark web money to a safe haven asset and digital gold. Bitcoin’s public image altered drastically due to a rapid increase in global adoption.

An increasing number of investors and users have begun to understand that Bitcoin’s transparent nature disallows the cryptocurrency from being completely anonymous and, therefore, it makes it possible to track Bitcoin transactions.

On a show hosted by CNBC, Cramer stated that the recent surge of Bitcoin price can be attributed to the mass purchase of Bitcoin by European banks to pay off hackers and ransomware distributors.

“I think it could because the European banks are frantically trying to buy them so they can pay off ransomware. It’s a short-term way to be able to deal with cybersecurity. It is the way to pay off the bad guys.”

Such claim is evidently non-factual because the European Bitcoin exchange market only accounts for nine percent of the global Bitcoin exchange market and it is behind the US, Japan, China and South Korea in trading volumes. Hence, if European banks are causing Bitcoin price to surge, it needs to have absolute dominance over the market. A nine percent market share over the $44.8 bln market of Bitcoin.

More importantly, Cramer’s statement fails to consider the fact that Bitcoin is being utilized as a currency and safe haven asset more than it is being used as a lifeline to feed ransomware developers.

In the case of WannaCry ransomware, the biggest ransomware attack in history, the distributors earned less than $100,000. That is only 0.0012 percent of the European Bitcoin exchange market. Thus, to say that Bitcoin price is rising because of 0.0012 percent of traders from the fifth largest Bitcoin exchange market is not an accurate depiction of the surging Bitcoin price.

Adam White, head of Coinbase’s digital currency exchange, said on CNBC in regards to Cramer’s statement that Bitcoin price is surging as a result of victims paying criminals: “I think that’s a stretch.”

Regardless, Cramer believes that Bitcoin price will reach $1 mln one day due to its rapidly increasing trading volumes and demand from investors. Users of Bitcoin are expecting an alternative financial system to banks and existing financial networks.

If Bitcoin enters the $1 mln region, it will be competing with the reserve currencies of the world.

ICOs Will Go on Despite Ethereum Price Fall and Uncertainty

Tether Confirms Its Relationship With Auditor Has ‘Dissolved’

We might be entering into the era of genetically modified yield farming. Or maybe decentralized finance (DeFi) just doesn’t make sense anymore. There are...

Law enforcement authorities throughout Europe arrested over 800 individuals that allegedly were using an encrypted chat network to coordinate their illicit activities.60,000 membersEncroChat...
coinnews365.com is your one-stop update page for all cryptocurrency related news. We provide you with the latest news on blockchain and the crypto industry.
Contact us: [email protected]