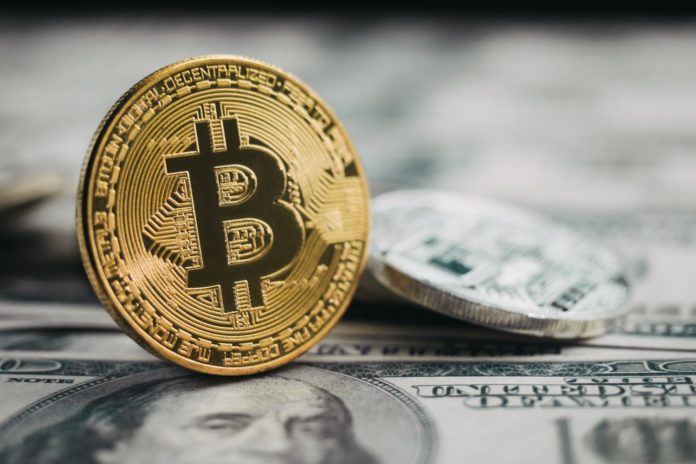 Bitcoin (BTC) has been trading in a narrowing price range over the past week, but a bullish breakout is looking likely, the technical charts suggest.

The cryptocurrency created a bearish outside-day candle last Wednesday, signaling the rally from the low of $6,425 had run out of steam. However, the bitcoin bulls ensured there was no negative follow-through on Thursday and defended $8,800 over the weekend.

While a convincing break above $9,500 has remained elusive so far, the charts suggest the bulls have the stronger hand going forward.

The chart above shows that bitcoin is trading in a narrowing price range with higher lows and lower highs, forming a bull pennant pattern.

A bullish breakout would mean the rally from the low of $6,425 has resumed and could open the doors to $12,000 (target as per the measured height method – i.e. length of the flagpole added to breakout price).

While that target looks a little far-fetched, BTC could rally to $10,000 on confirmation of a bull-pennant breakout (4-hour close above pennant resistance of $9,400).

On the other hand,  a downside break would add credence to last Wednesday’s bearish outside-day candle and could yield a pullback to $8,490 (38.2 percent Fibonacci retracement of the rally from $6,425 to $9,767.4).

That said, the odds of a bull-pennant breakout are high as indicated by the price action in the daily chart below.

The bears failed to capitalize on bullish exhaustion last week, as indicated by the bearish outside-day candle. This is evident from the lack of bearish follow-through on Thursday and higher lows pattern – $8,652 (April 26 low), $8,750 (April 28 low) and $8,818 (May 1 low).

As of writing, BTC is changing hands at $9,120 on Bitfinex, representing marginal gains compared to the previous day’s close (as per UTC) of $9,066.