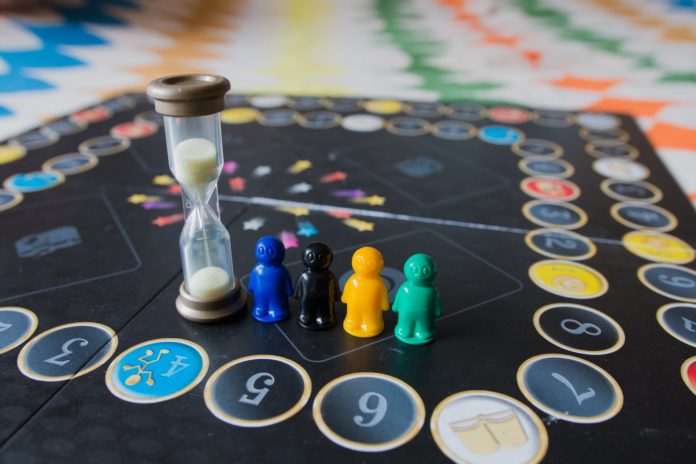 Initial coin offerings (ICOs) are evolving into an industry unto themselves.

As in any growing business, you can tell this is happening when new third-party providers crop up with ever-more specialized services.

In the ICO industry, that’s the handful of platforms that have recently launched to support token issuers throughout the life of their sales – providing investor verification, receiving and managing money, securing funds and distributing the tokens (or simple agreements for future tokens, also called SAFTs) on issuers’ behalf.

In this way, the issuers themselves can focus on building their products without worrying about all the little details of the actual sale.

The new vendors represent the first wave of ICO platforms in a market that will no doubt continue to evolve, with these providers increasingly specializing into niches.

Just as the very structure of ICOs themselves is an ongoing conversation – for instance, Blockstack prioritized broad reach with its token sale, skipping the private presale altogether, whereas the Sliver.TV ICO of “theta” only had a private sale, canceling its public sale after it hit its hard cap – these platforms for launching token sales are also emphasizing different aspects of the sale process.

And while potential ICO investors are wading through white papers and scrutinizing tech teams and advisers to vet token projects, which platforms an ICO launches on is yet another mechanism for understanding what a token project is all about. Several of these platforms provide vetting before partnering with a project for example, while others are more eager to host as many projects as they can.

Call it re-intermediation if you like, a reinvention of investment banking for the crypto age, or simply a new business model with no apples-to-apples precedent. Here’s a look at some of the companies taking the busywork out of running an ICO.

Launched last May as a collaboration between Protocol Labs and AngelList, a platform for connecting early-stage startups with investors, CoinList aims to be “the gold standard” platform for token offerings.

Late last year, CoinList parted with AngelList – whose founder, Naval Ravikant, is an influencer in the blockchain space – became a standalone company, and since then CEO Andy Bromberg has positioned it as a place only for the “best of the best token sales.”

To do so, the company examines not only ICO project’s technical work, but also the token economics underpinning the system.

So far, only three projects have issued tokens through its platform, but these have been among some of the most widely-anticipated sales in the industry: Protocol Lab’s Filecoin SAFTs, Blockstack’s “stacks” and mobile video streaming provider, YouNow’s “props.”

Yet, a great many other ICOs in the space have used another CoinList product – ComplyAPI, a white-label product which handles investor accreditation, know-your-customer (KYC) and anti-money laundering compliance for ICOs.

Another AngelList spin-off, Republic occupies a unique area of the industry.

Launched in July 2016 as a traditional equity crowdfunding platform after the Jobs Act provided ways for non-accredited investors to invest in private companies, Republic recently launched a crypto token platform, using their Token DPA (debt payable by asset) instrument, for the same purpose.

For example, in December, Republic offered YouNow’s “props” and facilitated the purchase of $1.07 million worth of the token in YouNow’s larger token sale.

While the company gives access to those enthusiasts that would otherwise be constrained from participating in certain token sales, the platform isn’t suited to run a complete ICO (most of the fundraising an ICO does would have to be on another platform).

Still, in its infancy, the “props” sale is the only one Republic has facilitated so far, but Republic CEO Kendrick Nguyen told CoinDesk more are soon to come.

“We’re highly selective and choose to work primarily with projects that already have significant traction and/or have noted advisors and investors supporting their vision.”

“Our clients can rest assured that they are adhering to their counsel’s guidance by partnering with us,” Borda told CoinDesk.

The company launched in September and its platform is structured so that it can answer any question a client’s legal team might have over the course of a token sale. For example, the platform allows token issuer’s counsel to assess the language and approach to verification of terms and conditions.

On September 9, the platform facilitated its first token sale for quantified biology platform Doc.ai, followed by the $5.5 million raise for cooperative ownership fund, Swarm Fund. It has four projects running on the platform now.

Indiegogo is one of the oldest and best-known crowdfunding sites. Along with Republic, it’s one of the few companies on this list with non-crypto origins.

The company recently announced they’d be opening up the platform to ICOs, specifically those targeting accredited investors with SAFTs.

Indiegogo’s previous success and its existing community of people (100,000 accredited investors, many of which may not have had exposure to crypto tokens before now) could be attractive for token issuers.

According to Slava Rubin, an Indiegogo co-founder:

“Token-based fundraising has enormous potential to disrupt the capital markets, but today’s landscape lacks a voice of credibility to help separate quality from quantity.”

While these platforms could seem like easy targets for tweaking business models to accept crypto token sales, Indiegogo’s chief rival, Kickstarter, made it clear that it would not be facilitating the sale of crypto tokens.

Indiegogo is also proceeding cautiously. The only token project it has so far facilitated is the ICO for the Fan Controlled Football League (FCFL) launched on December 12, which met its $5 million goal in ten days.

Swiss company Eidoo, which launched a crypto wallet and exchange last year, announced in November that it would be facilitating ICOs through a platform called ICO Engine.

While the platform is still new – with the product’s standalone website still not available – ethereum-based decentralized lending platform ETHLend finished its token sale on the platform already through the use of Eidoo’s mobile application, and augmented reality startup Ubiatar has made a commitment to use the company’s platform for its upcoming sale.

Eidoo’s marketing of the platform emphasizes the amount of active crypto users it has for its wallet and exchange – the app recently hit 200,000 downloads, arguing that more users are more potential investors.

Eidoo also facilitates airdrops of tokens for teams that want to use crypto to promote a product or service. But it doesn’t yet have KYC/AML compliance built into the platform, although it can integrate with existing solutions in this area.

According to BlockEx CEO Adam Leonard:

“Our head of capital markets says all the time, ‘If I won’t sell it to my mom, it ain’t going on the platform.”

BlockEx is a very new platform for ICO issuance, but is making a name for itself by offering token issuers consulting on their white paper and token economics should the team believe the project is working on a good fundamental idea.

The platform limits itself to working with issuers of utility tokens – those that give holders access to a particular service. And it insists on strong KYC, plus will require milestones before releasing funds if companies want to raise a lot of money.

One of the features Leonard emphasized is its book building software, which helps a token issuer gauge interest from investors and finds a price for their offering.

While BlockEx doesn’t technically “market” the token sales happening on its platform, the company does offer opportunities by organizing events and road shows where issuers can pitch their token to investors in person.

The company is also running its own ICO for a token that will give investors on the platform early access to token presales.

Launched this week, Cointopia built a platform for connecting ICO issuers to a long pipeline of investors.

And with the support (both as advisers and investors) of Blockchain Capital founder Brock Pierce, Evercoin founder Miko Matsumura and Stellar founder Jed McCaleb, the company is sure to grab some attention.

The first two tokens it will be offering is the Bee token, which will back a decentralized version of Airbnb, and Cointopia’s own ICO token.

According to Charles Michael Yim, Cointopia’s founder, the company’s main differentiator is its post-ICO management solution.

“Companies have pain points in managing the tokens and funds post ICO, communicating to token holders, monitoring performance and most importantly driving value to the token,” Yim said.

In an effort to help with that, Cointopia would like to start its own exchange, so that tokens immediately have a secondary market to be traded on.

Speaking to the nascency of the industry overall, Gil Penchina, a Cointopia adviser and investor, said in a press release:

“As with any new growth industry, the companies selling the ‘picks and shovels’ always win.”

Disclosure: CoinDesk is a subsidiary of Digital Currency Group, which has ownership stakes in BitGo, Blockstack and Protocol Labs.

Strategy board game image via Shutterstock

The leader in blockchain news, CoinDesk is an independent media outlet that strives for the highest journalistic standards and abides by a strict set of editorial policies. Interested in offering your expertise or insights to our reporting? Contact us at [email protected].