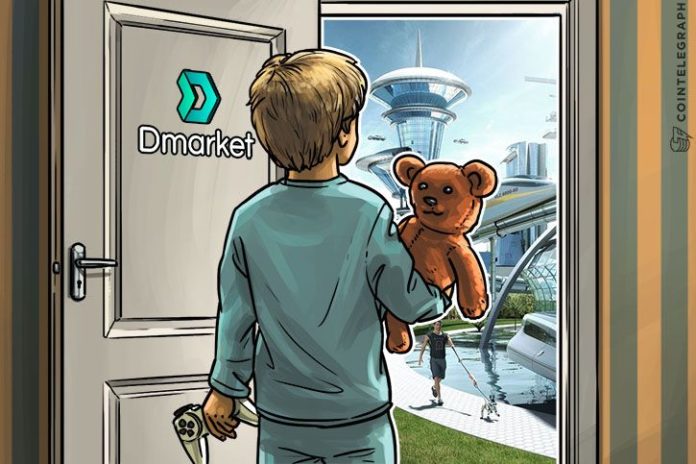 While there is a burgeoning market for virtual items from within games, it is still small and exclusive, but the power of digital currencies will allow for gamers globally to buy and sell their in-game goods for real world assets according to DMarket.

By connecting different games across the globe, and infiltrating all different platforms through Blockchain technology, the idea for DMarket is to create a huge open market where these in-game goods can be traded as if they were a real commodity.

In many games, the idea is to become a treasure hunter and find rare and expensive items to aid your quest, but the value of these items stops when the game ends. DMarket believes the intrinsic value of these items can be monetized as the demand globally is reportedly huge.

By spending time hunting rare items in games, gamers can put any item from any game onto the market and get paid for finding such a virtual commodity in digital currency.

The power of Blockchain technology is the spine on which the DMarket platform links what it surmises is two bln gamers across the world into a new economy based on virtual goods bought with native DMarket tokens.

Volodymyr Panchenko, the founder and CEO of DMarket, explains:

“With DMarket, we are using Blockchain technology to ‘matchmake’ virtual and real economies. Gamers will be able to use DMarket to bring their virtual items to the global economy, creating a new billion-dollar market. DMarket will satisfy the demand of more than two bln gamers across different platforms. With just a single click, players will be able to exchange their items across multiple virtual worlds and trade them for real value. DMarket will bring real value to every virtual item. With the first round of the token sale  beginning on Aug. 17 and will go until Aug. 20, we expect to see big interest.”

The economy is supposed to also work both ways, enabling developers to include their games in the large marketplace letting game items from projects they have developed also become tradable.

DMarket have used their knowledge of the world of gaming to tie in Blockchain technology as a solution to a problem that has stymied the cross border and cross game issues.

They have recruited Brain Kerr, an eSports and gaming investor, onto their board as an advisor, as well as GSC Game World and Tatem Games who are already supporting the project.

Oren Klaff, the founder of Intersection Capital, who raised $2 bln in investments, has also joined the DMarket Advisory Board.

“The DMarket team knows more about cryptocurrency and smart transactions than the next five companies combined. They impressed me with the idea of combining all known gaming worlds into the one society, giving players the tools to buy and sell directly with each other. This is the next generation of commerce and DMarket is leading it,” added Klaff.