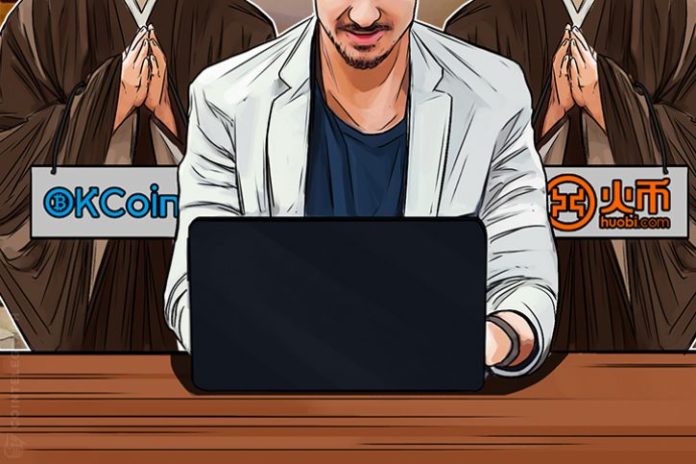 It has come to light that two of China’s largest Bitcoin exchanges, Huobi and OKCoin, have been using idle client funds to make investments in “wealth management products“ which are often high-yielding and risky.

The central bank weighs in

Xinhua’s damning report on OKCoin and Huobi came about because the People’s Bank of China had been investigating and clamping down on Bitcoin trading in recent months.

Fearing capital flight and money laundering, the central bank has waded into the quagmire of  unregulated exchanges operating in China. Earlier in the year it issued warnings about Huobi and OKCoin, expounding on the risks surrounding them.

This report led to the exchanges stopping their zero-fee trading and margin trading, in order to conform to the requirements of the central bank.

The exchanges also famously stopped withdrawal services for quite awhile, only reactivating them about two months ago.

There were no details in the report about the financial products Huobi and OKCoin invested in using those client funds and Huobi declined to comment. A representative for OKCoin didn’t respond to a request for comment either.

The common practice among US and European exchanges is that the finds that are accumulated by the exchanges are simply held, rather than used. Anything other than that means that the exchange is essentially operating a fractional reserve.