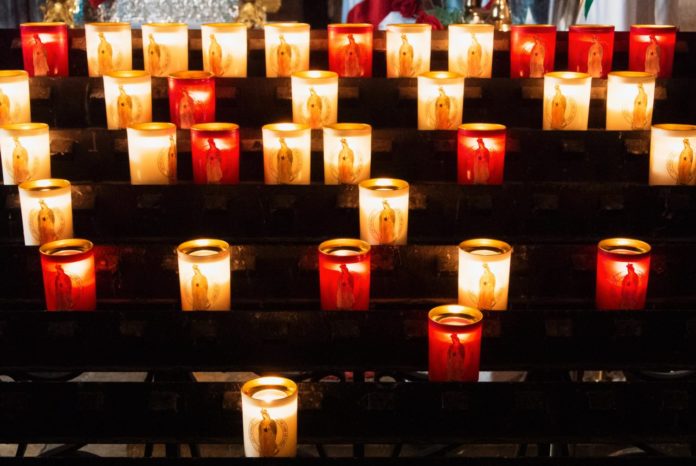 Stefan Thomas is chief technical officer at Ripple and co-creator of the Interledger payment protocol.

The following article is an exclusive contribution to CoinDesk’s 2017 in Review.

It will also be the year major financial institutions adopt digital assets, and mark the birth of hybrid blockchains.

1. The death of the ICO token

“Cryptocurrency” became a major buzzword in 2017. Suddenly, all eyes were on these new assets with speculators jumping into the market in droves and regulators heavily scrutinizing them.

In fact, in early December, the combined market capitalization of all digital currencies surpassed that of JPMorgan, the biggest U.S. bank. Initial coin offerings (ICOs) similarly exploded, raising hundreds of millions of dollars around the world in a matter of months.

While they made for exciting headlines, though, I expect the exuberance around ICOs to fizzle in 2018.

What’s more, I also expect regulators and authorities worldwide to come down hard on fraudulent ICOs in the new year. That’s because many ICOs skirted existing regulation in order to raise equity — with no solid business to back up the offering. Funds raised from some of these ventures have already started to disappear, and regulators, such as the SEC, recently announced that they’re getting ready to crack down on them.

I wouldn’t be surprised to see hefty fines, litigation and even jail time for those standing on the wrong side of the ICO issue.

Beyond the regulatory crackdown, questions will arise around the utility of special-purpose tokens. Why would a file hosting company accept payment in Filecoin, when a general-purpose digital asset is so much more liquid and therefore easier to turn into fiat?

We don’t use different currencies to buy clothes or pay our mortgage in the brick-and-mortar world and ICO token holders will realize the economics are no different online.

If speculators entered the digital asset market in droves last year, 2018 will be the year that major institutional players like asset managers, pension funds and other financial institutions, such as payment providers, enter the space.

We’re already seeing increased over-the-counter (OTC) trading of digital assets, such as bitcoin on the Chicago Board Options Exchange (CBOE), causing liquidity across the market to deepen. It’s really a matter of when, not if, listings of additional cryptocurrency futures on OTC exchanges will take place. My bet? We’ll see the listings by next summer.

Between this and new institutional players entering the market, I think digital assets have plenty of room for growth. However, the crypto space won’t be without its challenges. Forking, regulation, and banking — oh my!

Governance issues will continue to plague some digital assets — causing forks such as the one with bitcoin and bitcoin cash. This instability will be problematic for some who want to enter the market as it raises questions about supply as well as the level of risk involved.

The uncertain regulatory environment in the U.S., China and elsewhere could also stifle further development of the digital asset market. While countries like Japan and the Philippines have embraced digital assets in their economies and regulatory frameworks, there are many more worldwide without clear policies and laws for these assets.

They should take a page from the respective books of Japan and the Philippines in order to enable new services, increase financial inclusion, and lower barriers to economic growth.

For example, there are only a handful of financial institutions in the U.S. that will bank businesses in the cryptocurrency space. If they were to exit, or if regulation were to come through that prohibits exposure to the digital asset market, this could have very serious, adverse consequences on the improved services being developed. Banks need clear guidelines from regulators on how they can lawfully bank those associated with cryptocurrencies.

3. Blockchains will start to interoperate

In 2017, we’ve seen bitcoin’s share of the cryptocurrency market drop from 87 percent to under 50 percent. Hundreds of new coins and tokens launched and are now being traded.

To make the broad use of digital assets truly mainstream, however, I think we’ll need the many blockchain networks that currently exist to interoperate. The truth is there will not be one single dominant blockchain network in the future — just as there isn’t any dominant internet or email provider globally today.

Currently, we can all email family, friends and colleagues from Gmail to Yahoo to Outlook seamlessly and instantly. Value should move across all ledgers in exactly the same way -— irrespective of the blockchain network, PayPal wallet or traditional bank account involved.

Raiden, the ethereum interoperability solution for ERC-20 tokens, launched its token in September, while the Interledger Protocol (ILP) was used to connect seven ledgers including bitcoin, ethereum and XRP in June. My money is (unsurprisingly) on Interledger.

If all networks were to become ILP-enabled, it ultimately wouldn’t matter if you held bitcoin, ether, litecoin or XRP. ILP would allow you to make payments to a merchant that only accepts bitcoin, for example, using XRP — all in just a matter of seconds.

4. The birth of hybrid blockchains

Until now we’ve seen a proliferation of both public blockchains like bitcoin and private blockchains like Hyperledger Fabric. Going forward, I think we’ll start to see the rise of hybrid blockchains, which combine the best of both worlds.

A hybrid blockchain runs on the open internet and is accessible to anyone like a public blockchain, but it uses a smaller set of validators and is more targeted towards a specific use case like a private blockchain.

Deploying an ethereum contract or creating an ERC-20 token will be replaced by launching your own mini-blockchain, which can be tuned to the exact needs of a given project.

Need more decentralization? Less? More powerful functionality? Should it be upgraded frequently or remain very stable? One size doesn’t fit all, but next year you’ll finally be able to choose.

This will be part of a larger trend for blockchain networks to specialize. Current systems try to be everything to everybody. In the future, we’ll see more targeted implementations designed for a clear use case. The best way to explain why this is necessary is to point to the Yahoo example — a tech giant that spread itself thin across too many products and services, and couldn’t be truly successful in any of them.

In the same way that Google focused on data, or Apple on design, I think those blockchains that focus on one core offering (e.g. a pure database like BigchainDB) will survive, and thrive.

5. Specialization or generalization — a contradiction?

This might seem like a contradiction at first, but as blockchains become more interoperable, blockchains and tokens will simply be less coupled together. This transition will involve more growing pains, so it’s sure to be an interesting year.

I’m excited to see how it all plays out.

Think you have a better idea? CoinDesk is looking for submissions to its 2017 in Review series. Email [email protected] to pitch your idea and make your views heard.

Disclosure: CoinDesk is a subsidiary of Digital Currency Group, which has an ownership stake in Ripple.

The leader in blockchain news, CoinDesk strives to offer an open platform for dialogue and discussion on all things blockchain by encouraging contributed articles. As such, the opinions expressed in this article are the author’s own and do not necessarily reflect the view of CoinDesk.

For more details on how you can submit an opinion or analysis article, view our Editorial Collaboration Guide or email [email protected].