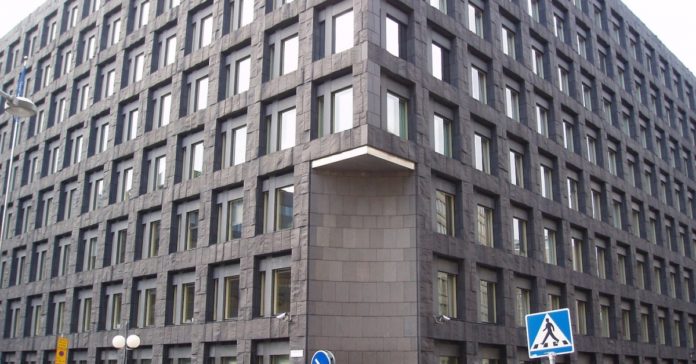 Sweden’s Riksbank says its digital currency researchers are the best in central banking.

That lofty claim comes in Riksbank’s March 3 bid to host a Bank for International Settlements (BIS) Innovation Hub, a new initiative by the “bank of central banks” that now wants to scatter the world with local financial innovation policy clearinghouses.

One of the Hubs’ fields of study is sure to be central bank digital currency. And there, the Swedes, who are weeks into a long term e-krona pilot project that report writers toiled over for years, are sure they’ve got a “comparative advantage” over the “tough competition” – “other central banks.”

The innovation hub is not an average non-governmental organization, the Swedish bid shows. It’s actually a BIS outpost: an extrajudicial annex within whatever country one pops up. As such, Innovation Hub employees, and activities, are granted immunity from local prosecution.

“Given that the Riksbank has already come a long way in analysing CBDC, it can, just as BIS requires from a hub, quickly supply analyses on the basis of already established collaboration between the public sector, private sector, academics and other central banks,” the petition said.

They’re certainly one of the most tested. With the formal launch of the e-krona pilot, Sweden joined a fast-growing arena of central banks actively toying with digitizing some form of their money, including China, Cambodia, South Korea, Switzerland, Ukraine.

But in many respects Sweden is indeed years ahead. Riskbank began seriously looking into a CBDC in 2017, when it decided that something had to be done about its citizens’ rapid move away from physical cash. In consecutive reports it publicly outlined many of the CBDC talking points – technology, policy, purpose – that other central banks are just now getting started on.

Riksbank now thinks its knowledge base makes it a strong contender to host an Innovation Hub, and it’s asking two key players – the Swedish parliament and the BIS – to agree.

It’s not free to host. Riksbank is asking parliament to allocate SEK 30 million ($3,203,500) a year for five years of Innovation Hub operations, which represents about half of Riksbank’s annual BIS equity dividend. Riksbank controls about 3.2 percent of BIS stock.

Riksbank sees this as a worthwhile investment, however. Its citizens are eschewing cash whether or not an Innovation Hub comes to town, and “there will still be a need to analyse financial technology developments in the payment market” if Sweden is not selected.

The clash over hosting an Innovation Hub comes at a pivotal moment for the BIS and central banks in general. Just last week BIS signaled its belief that the world’s payments landscape is rapidly changing with a quarterly report entirely dedicated to that digital future.

Against this, private stablecoin initiatives are posing a potential threat to central banks’ hold on monetary policy and financial stability – if the bakers’ public comments are any indication. In the bid documents Riksbank says that Libra has triggered a wave of new action, even though its own CBDC dreams long preceded the stablecoin’s 2019 inception.

“After Facebook announced its intention, in partnership with a large number of companies, to introduce a global digital currency – Libra – central banks around the world have understood even more the need to cooperate to meet the challenges faced and take advantage of the opportunities offered by digitalisation to the global financial system,” the report sad

That’s spurred a lot of new activity, and, as Riskbank notes, a lot of interest in hosting a BIS Innovation Hub.

“In other words, there is tough competition for the other hubs that BIS will establish,” the report said.