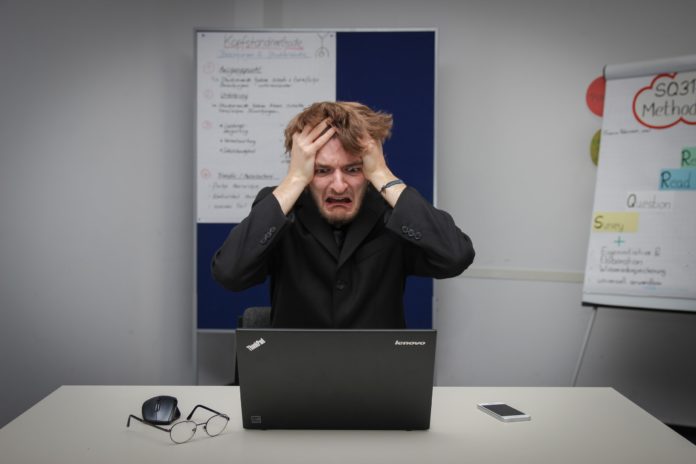 The initial coin offering boom of 2017 and 2018 was the closest crypto came to mass adoption.

It was a period of market and media exuberance. The Gray Lady, aka the New York Times, perhaps looking to court the new taste-makers and the hilariously wealthy, published think pieces about the crypto revolution and the leaders behind it.

About 1,000 different token projects raised over $22 billion over two years, according to CoinDesk Research. To put it in perspective, that’s approximately half the gross domestic product of Tuvalu, the country with the smallest GDP at that time. Unlike the natural resources and domain names this tiny Pacific island nation cashes in on, the majority of token projects turned out to be vaporware.

Many petered out unremembered. Some were straight-up scams. A few became household names, (for the wrong reasons).

Haydn Wilks, a Welsh author, has memorialized the era in his second novel, “$hitcoin,” published this month by Dead Bird Press. It’s a story of grift and determination, about the revolutionary potentials of distributed technology and how fortunes were made and lost in an instant.

We caught up with the 32-year-old Wilks to discuss his work, his experiences during the ICO boom and the latest in crypto.

In the novel, you walk the line between celebrating the potential technological benefits of crypto and also showing how some ICOs were get-rich schemes. Where do you find your own thoughts on the matter: Is crypto revolutionary, or is it a story people are trying to sell?

I think that there are elements of both sides that are true. A lot of the tech was and is truly ground-breaking, cutting-edge stuff. But there were also a lot of ICOs launched purely with the intention of making as much [money] as possible as quickly as possible. And it was often very hard to distinguish between them.

OysterPearl is one project that’s mentioned briefly in the novel – that was based on a unique idea that many saw real potential in, using visitors to a website’s computing power for storage as an alternative to serving advertising to generate money for the website. But the founder of Oyster Pearl was completely anonymous and even those working for the project didn’t know his real identity. The guy behind it built a vulnerability into the Oyster Pearl smart contract that allowed him to produce a load of new coins, sell them and disappear into anonymity while the project collapsed.

When did you come into crypto or become aware of it? If you’re still following the developments, does anything strike you for its artistic potential?

I was aware of Bitcoin for years before I really got into it. I’m not sure of the exact date, but maybe in 2012 or 2013 I tried to get into it, but it was a lot more difficult to get started in those days. I remember trying to download a copy of the blockchain to my PC, thinking that was the only way to set up a Bitcoin wallet! By 2017, you had much more user-friendly ways of buying cryptocurrency with fiat currency.

Freelance writing work around the crypto space became more difficult to find as the 2017 hype died away. By 2019, most of the sites I’d worked for had become unprofitable and were no longer commissioning new articles, so I’ve not been keeping up with new developments in the space as closely as I was in the past. But I think the big projects like Ethereum have continued becoming more and more integrated into the tech and finance mainstream so I’m sure that there are a lot of interesting new stories to be told.

Who do you think are the most interesting real-life characters in crypto today?

The crypto scene is full of larger-than-life characters! Some of the most interesting for a variety of different reasons would be Vitalik Buterin, Justin Sun, Craig S. Wright, C.Z. from Binance – the list goes on and on. The stories I found the most interesting were the ones with a lot of human drama to them. The split between Bitcoin Cash and Bitcoin Cash Satoshi’s Vision would make a great movie. Another story I found really fascinating was the rise of Binance and how they had to move around different countries, growing exponentially the whole time, until they could find a permanent base.

There’s a huge amount of real-life drama to draw on in this world and I definitely think this won’t be the last work of fiction on the topic.

Do you think the cultural experience of the ICO days was different in Europe and the U.S.? Was it a global experience?

I mainly saw it from an Asian perspective as I was living in [South] Korea at the time. When I returned to the U.K. during 2017, it seemed like most people were aware of cryptocurrency, but there wasn’t the same appetite to invest in it that I saw in Korea. I was teaching at a university in Korea and students would talk about cryptocurrency in class quite regularly. You would also hear people talking about it everywhere you went, like bars, restaurants and cafes. I think something like 50% of Korean twentysomethings were investing in cryptocurrency, which must have been a much higher percentage than in Europe and the United States.

Having said that, some of the most interesting stories came from Europe and the United States. RaiBlocks (later rebranded as Nano) was the coin I had most success with during the 2017 bull run – I bought it when it was only available on Mercatox and BitGrail and it was just 65 cents a coin. Within about a month, it was at over $30. And then it emerged that BitGrail had lost a huge amount of users tokens – hundreds of millions of dollars worth, depending on when you calculate the loss. And BitGrail was handling all this money while being run by one inexperienced programmer in Italy who hadn’t even registered the exchange as a limited company, leaving him personally liable for all its losses.

Another project that fascinated me was Elixir – they generated quite a lot of hype at a time when almost every coin had big supporters saying what a great investment a project was on sites like Bitcoin Talk and Reddit. But if you visited their website, they hadn’t produced a full-length white paper. All they had was a two-page pamphlet. And the only credentials its founders seemed to have was a degree from the University of Iowa. Future Synergy Coin’s creators in the novel are in no way based on the team behind Elixir, but the fact that two students could create something with that much impact was definitely a big early inspiration for basing the novel on a group of frat bros launching their own ICO.

You are one of the first to write a crypto novel. How do you think the crypto phenomenon will fit in with the larger literary or cultural scenes?

It took me a long time to write this novel. I was quite frustrated with myself for how long it was taking, as I thought someone would surely beat me to it and get a movie or book on this phenomenon out before I did. I’m kind of pleasantly surprised that this is the first novel to really capture the ICO phenomenon. There’s a huge amount of real-life drama to draw on in this world and I definitely think this won’t be the last work of fiction on the topic. Just as I was getting ready to launch the book, news broke that a movie is being produced based on “Bitcoin Billionaires,” a book about the Winklevoss twins’ involvement in Bitcoin. So I think that we are just starting to scratch the surface when it comes to this topic and there will be a lot more to come.