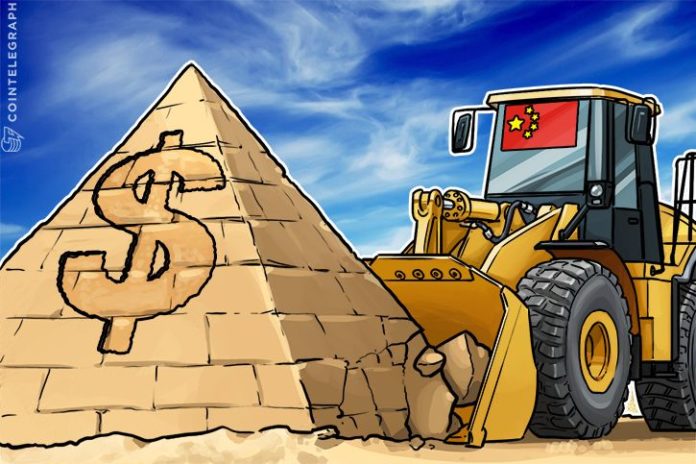 In a move that sent shocks through the crypto community in China, and sent the NEO price spiraling, Red Pulse (RPX) announced that they would be blacklisting Chinese citizens from participating in their upcoming ICO.

Due to stricter ICO regulations, we’ve had to make the difficult decision to disallow Chinese citizens from participating in our ICO.

The Chinese government has issued a new set of guidelines to crack down on illegal fundraising. This is meant in part to tackle the shadow banking sector and pyramid selling schemes, but it has also mentioned that virtual currency based funding would be a target for investigation.

Red Pulse, which is a decentralized market research platform made the announcement Aug. 29 to the dismay of Chinese crypto-followers.  Red Pulse explained that it is in the best long-term interest of the project to ensure they are regulatory compliant on all fronts and do not wish to risk upsetting the Chinese regulators.

Sombat Southivorarat, Red Pulse’ Blockchain & Crypto Advisor, wrote on the Red pulse slack group: “Due to stricter regulations in China regarding ICOs, we’ve had to make the difficult decision to disallow Chinese citizens from participating in our ICO. We know people will be angry and upset, but we need to protect the interests of Red Pulse and the long-term success of the platform. We believe this is also in the best interests of the community in the long term, and we hope that our supporters will understand this. That being said, once RPX is listed on Binance and other exchanges, it is accessible to everyone. Please email us at [email protected] or at our Slack, Reddit, Wechat channels if you have any questions.”

As a measure of ensuring that Chinese citizens will not be taking part in the ICO, they will have a pre-registration KYC, that will require passport information.

According to Red Pulse, the form is similar to an ICO whitelist, but filling out the form does not guarantee a spot in the ICO, but rather a pre-approval list.  Anyone who fills out the form, and whose passport information is okay, will have a chance to participate in the ICO.

That means that Chinese citizens will now join the increasingly growing blacklist. United States Citizens and Singaporeans make up the rest of the list following regulations from the SEC and MAS.

Sequoia and IDG to Invest $50 Mln in Bitmain

As Wall Street Bids Up Bitcoin, Tactics Change for ICOs

How to Protect Yourselves Against Possible Fraud Schemes