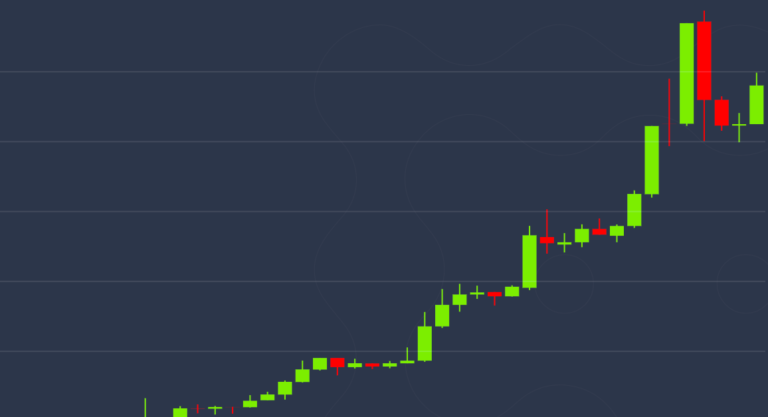 There’s an old saying on Wall Street that financial markets are driven by two emotions, fear and greed. In the crypto markets, the driver is often a combination of the two: fear of missing out.

The FOMO, as it’s often called, looked strong Wednesday as bitcoin jumped to its highest levels in nearly two months, rising as high as $8,900 while a buoyant stock market shrugged off bad economic data.

At press time, the world’s largest cryptocurrency by market capitalization was up an eye-catching 14% over 24 hours at $8,851, well above the 10-day and 50-day technical indicator moving averages, signaling extreme bullish sentiment.

Crypto stakeholders continue to talk up the upcoming halving, an event that happens as often as the Olympic games or a U.S. presidential election, and for many bitcoiners is more important than either.

Around May 12, the amount of new bitcoin mined every 10 minutes or so will drop by 50%, a regular scheduled adjustment that was followed by price increases in 2012 and 2016. Possibly in anticipation of history repeating, in the past five days bitcoin has logged 21% price appreciation.

“The media coverage of the halving over the last five months, combined with continually increasing Google search volume for ‘bitcoin halving’, suggests that we may see similar FOMO around the upcoming halving event,” said Danny Kim, head of revenue for crypto liquidity provider SFOX.

Read More: Bitcoin’s Halving Is Irrelevant for Some Large Traders

Beyond any herd mentality, market participants noted the environment today is very different than during the first two halvings.

“This halving is taking place in a much more volatile, uncertain macroeconomic environment than all past events,” said Charles Cascarilla, CEO of stablecoin provider Paxos.

“Personally, I don’t know if bitcoin can hit $10,000 but I think as long as the stock market performs well it will continue to have a positive impact on bitcoin,” Rager said.

However, April has been all about rebounding for the S&P 500 as government stimulus measures abound. More coronavirus relief is expected to be on the way with U.S. first-quarter annualized GDP numbers down 4.8%, the first quarter-to-quarter decline since 2014.

Digital assets on CoinDesk’s big board performed well with bitcoin’s jump, and everything is in the green Wednesday. The second-largest coin by market cap, ether (ETH), gained 10% as of 21:00 UTC (5:00 p.m. EDT).

Oil is seeing a price rebound Wednesday, up 15% as of 21:00 UTC (5:00 p.m. EDT). Oil output is down and futures on the fossil fuel headed higher, a positive development after the commodity’s two-month bout of high volatility.

Read more: 66% of Europeans Believe Crypto Will Still Be Around in 10 Years: Survey

Gold traded up less than a percent Wednesday and closed the New York trading session at $1,710.

The Federal Reserve on Wednesday said it would hold benchmark U.S. interest rates close to zero while pledging to continue buying assets in an unbounded amount to help keep global markets functioning smoothly.

The central bank, led by Chairman Jerome Powell, said it would maintain the target range for its short-term lending rate at 0% to 0.25%, “until it is confident that the economy has weathered recent events and is on track to achieve its maximum employment and price-stability goals.”

U.S. Treasury bonds were mixed on the day. Yields, which move in the opposite direction as price, were down on the 2-year, in the red 8.6%.

Europe’s FTSE Eurotop 100 index of largest companies in Europe ended its trading day in the green, up 1.3% on positive news regarding a potential coronavirus medical treatment.

In Asia, trading in Japan was closed Wednesday for a local holiday. The Shanghai Composite and the Hong Kong Hang Seng index were both up less than 1%.