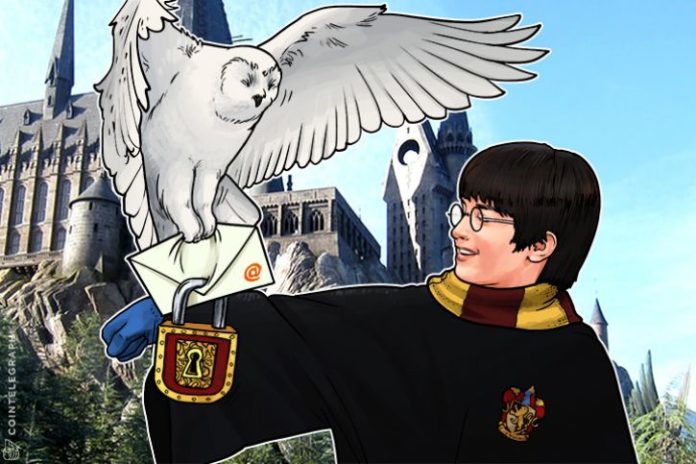 Encryption is not just a buzzword but a critical necessity in a time when eavesdropping by state and non-state actors is a critical concern. In this sort of a backdrop, there are developments which bring the usability of Blockchain to the forefront.

Can Blockchain or digital currencies and their combination be used to make communication more secure and private? Could these technologies lead to economies which help businesses cut costs dramatically and increase their productivity?

This generation of messengers was preceded by other popular services of their time like Yahoo Messenger, AOL, MSN, etc.

The problem with many of these services is the ability of governments and others to snoop and pry into the private conversations of the users of these apps. In June 2013, a scandal involving Edward Snowden broke. According to Mashable, who reviewed the revelations of Snowden a year after they were made:

“The NSA….isn’t able to compromise the encryption algorithms underlying these technologies. Instead, it circumvents or undermines them, forcing companies to install backdoors, hacking into servers and computers, or promoting the use of weaker algorithms.”

It would appear then that the big name messenger services and other communications providers collude with the powers that be to weaken the security of their users deliberately.

End-to-end encryption is the latest technology that most mainstream messengers are favoring. Signal, Telegram, WhatsApp and others all use this technology. In principle, this technology is said to ensure that only people sending and receiving information can make sense of it.

However, the problem remains that if the tech companies want, they can build backdoors which would then allow governments to gain access to information.

The governments too have not looked kindly at end-to-end encryption with the UK Home Secretary Amber Rudd even calling for the banning of this technology.

While the secretary’s comments came in the backdrop of the Westminster attack in March 2017, it should be interesting to note that WikiLeaks’ revelations make it clear that the CIA has at least 24 weaponized Android “zero days” that allows it to bypass encryption on WhatsApp, Signal, Telegram, Wiebo, Confide and Cloackman. Interestingly, some of these exploits the American intelligence agency received from GCHQ – a British agency.

There are a number of service providers in existence already that are using technologies such as Virtual Private Branch Exchanges (PBXs). Interestingly, a provider called EncryptoTel is now using cloud or a virtual PBX in conjunction with Blockchain to deliver privacy oriented services.

EncryptoTel claims to have collected $3 mln in their crowdsale and their ICO is still an ongoing process. EncryptoTel, in its beta version, is using SIP/TLS technology as well as SRTP and ZRTP protocols to focus on encryption. In the future, they want to build their own protocols for providing security. For identity verification purposes they will use the Waves digital signature.

Crypviser is also a provider that has launched its own Initial Coin Offer (ICO) for its digital currency CVCoin. The ICO started on May 20, 2017, and will continue till June 30, 2017. Crypviser is the first ever encrypted network for “social and business communication” according to the company.

Crypviser will launch commercial services on September 4, 2017. Crypviser plans to use their own unified secure instant communication network with real end-to-end encryption and a unique Blockchain-based authentication to ensure privacy.

Their aim is to provide protection to users at each stage. The Blockchain-based authentication they will use will be provided by the CSMP protocol. According to a white paper published by Crypviser:

“Classic client-server authorization technologies became unsuitable and do not meet current security requirements. Crypviser cares of its users in a professional manner and introduces a patent-pending complex authorization solution to prevent any possibility of the user’s meta-data manipulation on the service provider side.”

It is interesting to note that both Crypviser and EncryptoTel are launching around the same time. In a blog post, Vadim Andryan, CEO of Crypviser, compares EncryptoTel’s efforts to reinventing the bicycle. It is an interesting observation of Andryan that EncryptoTel still does not have their own protocol in place. He says: “There is no way to compare the ready to use CSMP protocol with the genuine Blockchain-based authentication model of decentralized public — key distribution with the “promises”.”

Regardless of the outcome of the Crypviser and EncryptoTel situation, it is clear that there is a market for more secure platforms and putting in place authentication systems based on Blockchain could be one idea that reinforces the security of end-users. Now we must wait till these products make it to the market and there is no doubt that the best one will be left standing.