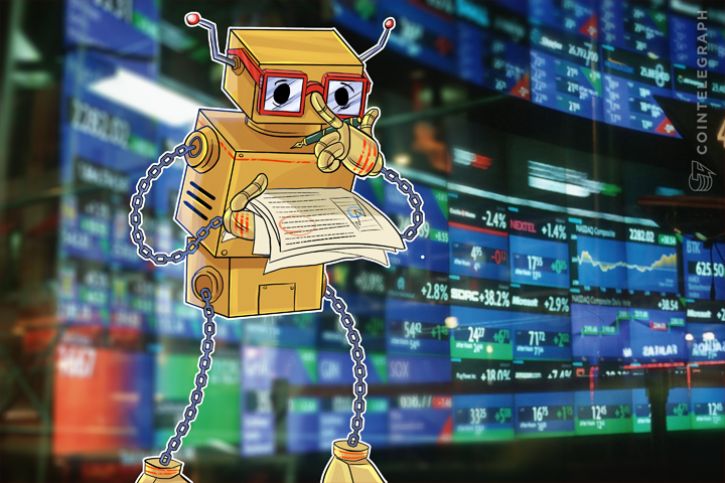 Delaware already holds the edge when it comes to incorporation and being business friendly. Embracing Blockchain would not only make the state a pioneer but will also allow it to gain several benefits.

Andrea Tinianow, the director of Global Delaware, explains with regards to what enabled such forward thinking: “State officials saw the opportunity to create even more value for businesses that choose Delaware for registry services if the State were to offer registries on a distributed ledger. Such registries include not just incorporation services, but also UCCs, land titles, personal property titles, birth/death certificates, professional licenses and many other new types of registries that the State may introduce as part of the DBI (for example, diamonds and other luxury goods). A certification from Delaware that something has been properly registered carries significant value in the business world. And if companies choose to access the imprimatur of Delaware on a distributed ledger instead of a piece of paper, it will carry even more value because companies can integrate it with other upstream technologies to streamline workflows. Potential users of Delaware’s distributed ledger service have already confirmed their willingness to pay more because it will save companies costs. It is win-win.”

Nearly half of publicly traded companies in the United States, which represents over a million businesses, are incorporated in the state of Delaware.

There are reasons for this unique situation that attracts over 60 percent of Fortune 500 firms to incorporate in the state.

The Delaware Court of Chancery allows companies listed in Delaware to resolve disputes with a judge alone, without having the need of a jury.

The court is specialized in business-related cases and since the court was established in 1792, it has historic precedent to refer to.

The tax system in Delaware is also favorable and companies can escape paying state legal taxes to Delaware.

Royalty payments, trademarks and copyright-related profits also go untaxed in the state. There is also a great emphasis on privacy in Delaware, which asks for minimum information while firms are incorporated.

The Delaware General Corporation Law (DGCL) is the basis for incorporating companies in Delaware and this is the law that governs the internal affairs of a company and defines the relationship between the stockholders and managers of a business.

On March 13, 2017, the Delaware Corporate Law Council proposed amendments to the DGCL that would allow corporations incorporated in the state to use “networks of electronic databases (such as distributed ledgers) to create and administer corporate records.”

These changes were a part of the Delaware Blockchain Initiative. Now, if all goes well starting August 1, 2017, Delaware would become the first state to allow companies to start issuing and tracking shares on a distributed ledger or Blockchain. An apt development considering the state’s tagline “First State,” a name that has stuck since they were the first to ratify the US Constitution.

The Delaware Blockchain Initiative is revolutionary and it has some key elements, the most important of them being that virtual currency and Blockchain businesses will not face new prescriptive regulations in the state.

According to a blog published by the state, adding shares to the Blockchain has several potential benefits:

“The key benefits of blockchain shares are that participants share a single database: a distributed ledger. As such, trades can execute instantaneously, without reliance on intermediaries, and settlement is guaranteed. “T+3” settlement delays need no longer exist. Voting and other governance processes can be included in the blockchain processes. Both publicly traded and privately held companies might benefit from the efficiencies of a blockchain ledger.”

Jack Markell, the former governor of Delaware, introduced the Delaware Blockchain Initiative in May 2016, with the initiative having the ability to transform the process through which companies are incorporated.

Blockchain-based processes would be involved in many basic and legal documents, which these firms file with the Delaware Division of Companies during incorporation.

In a post by Andrea Tinianow of the Delaware Blockchain Initiative on the Harvard Law Forum on Corporate Governance and Financial Regulation, the move of the state to authorize distributed ledger shares is touted as significant and more than just an upgrade to the shareholder recordkeeping tools.

Tinianow writes: “When a company chooses to incorporate in Delaware using distributed ledger shares, the Division of Corporations could validate and file the incorporation plus transfer the authorized shares to the new company. Only shares that are cryptographically “signed” and transferred by the Division of Corporations, in that genesis transaction for the new company, would be considered validly-authorized distributed ledger shares (and a similar procedure would apply to converted corporations).”

Tinianow further explains the benefits regarding removing inconsistencies in a company’s capitalization table and the simplification in processes before material corporate transactions due to the use of Blockchain. She also states that Blockchain shares would remove inconsistencies between corporate and securities which has “created real-world consequences.”