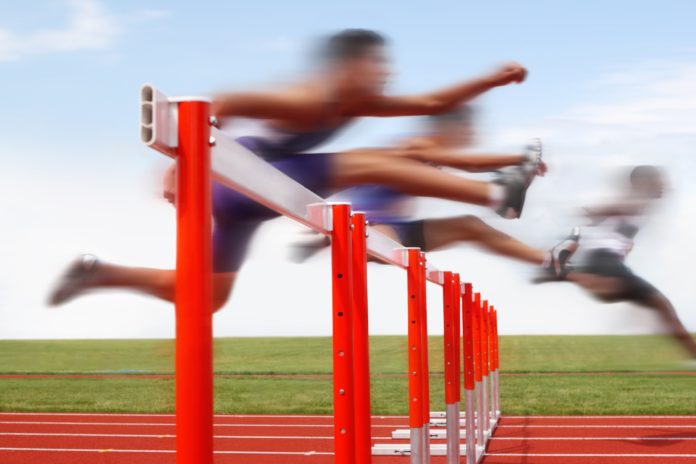 Dr. Pavel Kravchenko holds a PhD in technical sciences and is the founder of Distributed Lab.

In this opinion piece, the second of two parts, he describes the obstacles that must be overcome before blockchain technology can deliver on the promise of tokenization.

In my previous post, I described the potential benefits of tokenizing assets. Right now there are two major problems standing in the way of this transformation.

The first relates to the most obvious benefit: potential access to any asset for anyone in the world.

From a regulatory compliance point of view, the ability for anyone to open an account and then buy or sell an asset is a mess.

Let’s just take the example of EU banks that don’t deal with U.S. persons. As soon as they accept them as customers, they have to comply with U.S. regulations (regardless of jurisdiction) and that could be very painful since the U.S. has real power to punish any deviation from their rules. Therefore, the risks from having a U.S. customer are much bigger than the profits from them.

Obviously, the procedures for compliance and anti-money-laundering (AML) rules, and generally regulation on the whole, always depend on the specific jurisdiction, and may not necessarily meet the needs of the market.

There are a few tendencies, however, that will eventually make it possible to trade securities (tokenized assets will be mainly considered securities) globally.

First, this thorny issue will be resolved by unification of AML and know-your-customer procedures and supported by market leaders, as, for example, the U.S. Securities and Exchange Commission’s Howey test has become the de facto standard for determining when a token is a security.

Second, eventually developed countries will start using digital identities, as is necessary to automate KYC and AML procedures. The spread of digital identity solutions such as Estonia’s e-residency is already underway and it will positively influence the opportunities for tokenization, because digital passports are also capable of signing transactions. As soon as digital identity is used, all document flows can also become digital, which will significantly simplify compliance procedures.

Third, initiatives that create standards for information sharing and protection – such as BankID schemes in Sweden, Norway and the Ukraine and the EU’s PSD2 and GDPR regulations – amplify the need for changes at businesses.

Organizations at the very heart of the financial world, the banks, governments, card payment networks, have already woken up and, understanding the potential of a global market, are ready to discard many of the intermediaries and regulations that surrounded them on all sides.

We can see signs of movement towards that goal as banks are launching digital services, the European Commission is issuing directives to the financial sector based on the principle of open data and competition, and card networks are creating open APIs.

In the meantime, the question of KYC in tokenization can be resolved by limiting the circle of investors or use cases for which all processes can be digitized – for example, keeping them in a sandbox environment.

Very often people associate tokenization simply with the creation of a token on a public blockchain. But that’s just 10 percent of the whole process.

A public or private blockchain in itself only provides the function of storing information about the asset, with limited capacity to carry out transactions. Any complete tokenization system will include:

Moreover, there is a noticeable trend where each organization that manages assets seeks to create its own tokenization system, as in the case of real estate tokenization platforms that have been popping up. This makes sense, since it prevents centralization and allows different systems to compete for users.

Hence, it is likely that in the future each organization will own its own system – just like now every company has its own accounting and reporting systems. For that reason, the development of across-the-board technical standards for the design and versioning of a system and the creation of all its components is a critical factor for integration into business.

Properly documented technology makes it possible to use the same components of a platform repeatedly, increasing reliability and predictability, mitigating risks in development and integration, and most importantly, reducing the time to bring a product to market.

The good news is that there’s a strong impetus to build such linkages, even among incumbents that stand to be disrupted by a tokenized economy.

Businesses will drive changes in regulation and infrastructure, voting with their money, and finally the community will move to resolve higher-order problems – such as the interaction of various ecosystems, demonstrable security, joint asset management, mathematically provable settlement and auditing, and much more.

I strongly believe that tokenization will be the next big thing that will drive growth of world GDP and make entrepreneurs’ lives easier.

The leader in blockchain news, CoinDesk strives to offer an open platform for dialogue and discussion on all things blockchain by encouraging contributed articles. As such, the opinions expressed in this article are the author’s own and do not necessarily reflect the view of CoinDesk.

For more details on how you can submit an opinion or analysis article, view our Editorial Collaboration Guide or email [email protected].

Will Ethereum Join Monero Against the Mining Giant?