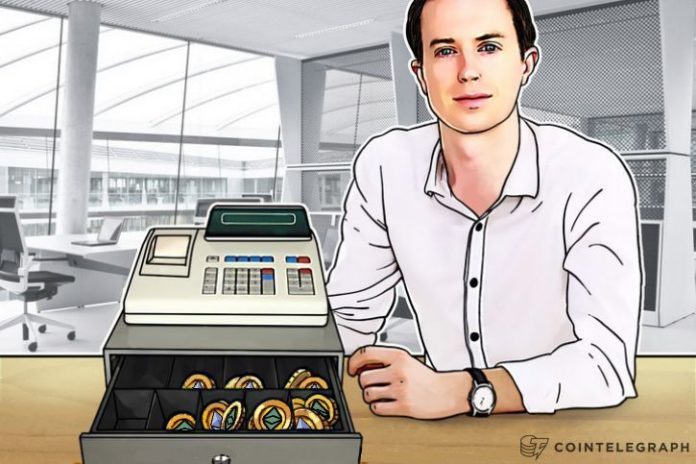 Large-volume speculation has become the reason for Ethereum’s price fall of more than 50 percent. Is the price going to fall again?

Profitable situation for the bears

The fact that more than 80 companies have joined the Enterprise Ethereum Alliance (EEA) is definitely good news for the Ethereum community. Many understand this and expect a consequent reaction in the price. But news cannot be a decisive factor in trends. That is exactly because the current situation is profitable for the people looking to take their profits. The large volume of buy deals at the peak of the trend is a great opportunity for big sell deals. 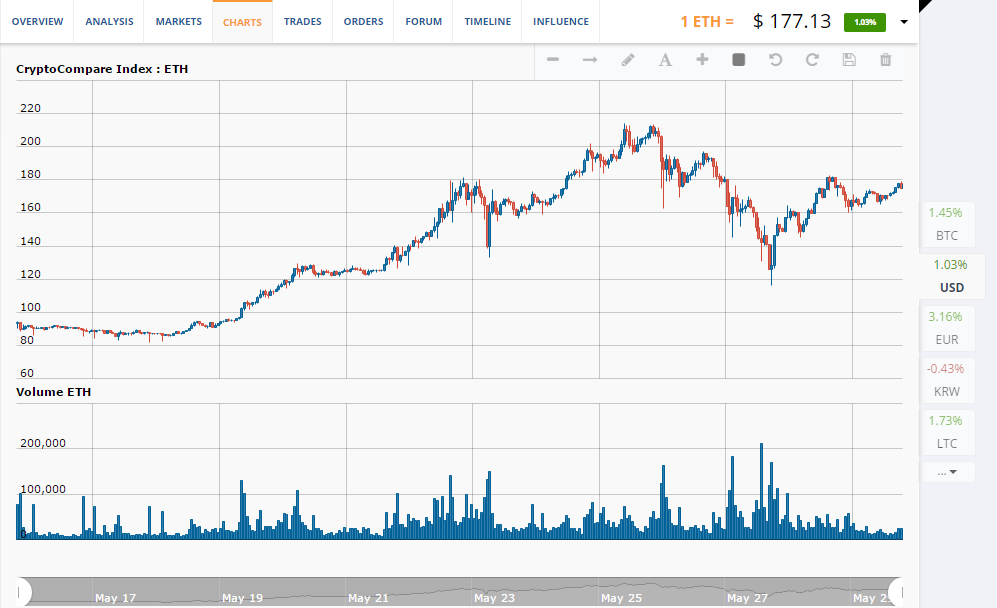 The upward trend, as mentioned last week, is over. The leading factor is big sell deals at the peak, during which the price broke through an important resistance line. All that is indicative of the trend being broken. Further growth, that took place after the uptrend was over, can be indicative of both a tactical move made by big bears and increased demand for Ethereum. In any case, it was profitable for big sell deals, and the price has consequently fallen. The next confirmation of a protracted decline was a reversal at a key strategic level of $150. The minimal level of $120 has been reached. The likely end of that fall had to be determined on the intraday scale.

Ethereum price has rebounded from the $100 area, given that a long-term reversal hasn’t yet taken place. The entire fall can be considered a correction towards the entire upward trend from $6. The long-term uptrend has ended, which can result in a protracted flat. In regards to the current growth from $97, we can point to a level near $132, where the highest demand is present. Given a new fall, Ethereum price is likely to stop at that resistance line. If a downward reversal doesn’t take place, further growth will have better chances.

Ethereum Classic was the first one to stop falling. Following a new surge from the technical level of $12 – $15, the price has dropped again. A fortification coupled with a reversal has caused a new fall from the minimal level of $10. That mark was profitable for the majority of the bulls, so the price rebounded soon after. Will the fall continue?

The current growth can be a wave of a rebound towards the declining structure from $22. But whether this fall is over can only be determined at two technical levels: the peak of the upward trend at $15 – $16, and the likely zone of the peak of a correction at $12.3. If the bears hold the advantage, the most likely scenario is that an upward reversal at $15 – $16 won’t happen, and at $12.3 there will be a downward turn. Under such conditions, the price will likely fall again.

The maximum rebound point is at $132. If, when Ethereum reaches that mark, a downward reversal doesn’t take place, then the chances are there will be further growth.

If the price rebounds to $12.3 and a downward reversal does not happen, it can grow again.