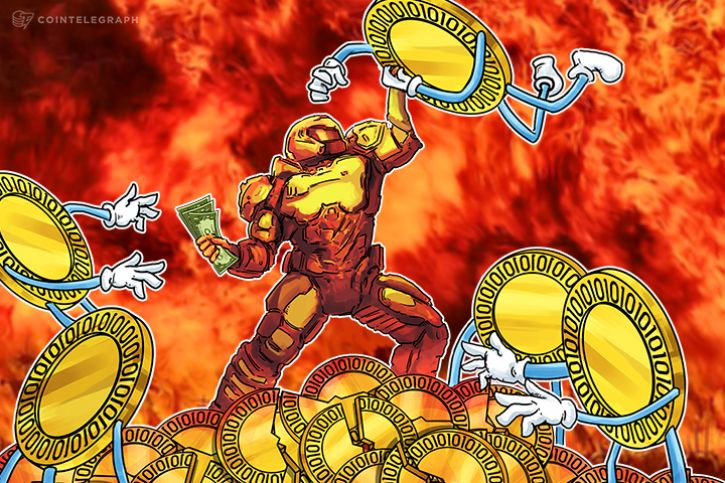 The traditional diversified portfolio of investments will have a host of assets in varying risk brackets, but for a traditional investment, officer cryptocurrencies could seem too speculative to be part of any portfolio with a wealth preservation focus.

The caveat is that while not all cryptocurrencies are guaranteed to stick around forever, there are still profits to be made by a savvy investor that chooses a long term winner early on.

Money to be made

“Most cryptocurrencies we see launching today are likely to fail, but there’s still a lot of money to be made if you can identify the long-term winners successfully and early.”

Mike Novogratz, a well-known investor who has been bullish on Bitcoin for some time now, has made statements indicating agreement. He has called the asset a bubble, but one where there is money to be made. Novogratz said:

“This is going to be the largest bubble of our lifetimes. Prices are going to get way ahead of where they should be. You can make a whole lot of money on the way up, and we plan on it.”

As the cryptocurrency space has evolved, prices have risen astronomically with the influx of interest from the mainstream market. Those who have joined the space in recent times have seen the likes of Bitcoin build to as high as $20,000.

However, those who have joined this space in their droves have clearly done for the profiteering that has taken place, and the promise of more to come. This then means that there is more of a diluted core of users who are in it to see the technology thrive and flourish.

In turn, this not only adds to the speculative nature of the market but also to the bubble-nature that Novogratz refers to. The entire crypto space may not be as prone to a big collapse, or a catastrophic failure like some flimsy ICOs, but there are still concerns for those looking for pure profit.

The real issue in the market being flooded with people in it to make a quick buck is that the potentially revolutionary technology can be pushed towards bubble technology. It is not the product that is prone to being in a bubble. It is the way in which it is used or perceived that leads to bubbles being formed and popped.

The dot-com bubble has shown a lot of similarities to Bitcoin’s rapid growth, but that does not mean dot-com businesses or digital businesses, are always going to be bubbles. And the same applies to Bitcoin.

In the dot-com boom, people were entering the market to make money, and they were throwing money at anything with .com on the end. It is happening today too, with Bitcoin and Blockchain, but that does not mean a bubble is a definite.

If people continue to flood the cryptocurrency market intent on only making money off it, rather than appreciating it as a new wave of technology, then Gouws’ opinion may be spot on. People will enter have a direct say in which way something like this moves, with their speculative investing.

There needs to be a concerted push to appreciate the technology, and adopt it for mainstream uses if Bitcoin, and other cryptocurrencies, are to be a long term success.