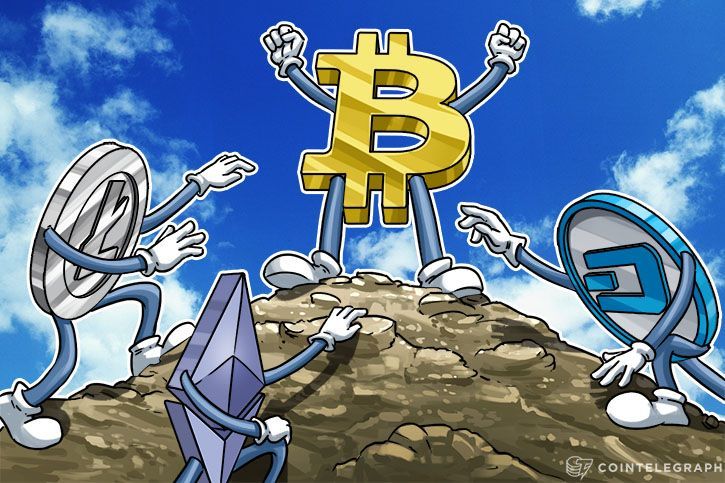 The top ten cryptocurrencies are staging a comeback this Friday, with the notable exception of the newcomer, IOTA.

Data from Coinmarketcap shows Bitcoin, Ethereum and other major cryptocurrencies all recovering from Thursday’s lows, in which multiple altcoins followed a Bitcoin price slump. Ripple remained fairly constant, having a history of not tracking Bitcoin in terms of price performance.

Litecoin turned the reversal into gains, edging above its value immediately prior to the slump. Monero meanwhile is still banished from the top ten: its market cap is around $100,000 below that of Stratis.

IOTA has formed a strange presence in the community since its debut just a week ago. Appearing from nowhere, it seized a $1 bln market cap, though its value nosedived 40 percent amid this week’s uncertainty and is now only beginning to show signs of recovery.

As the dust from Bitmain’s latest hard fork statement continues to settle, commentators are stressing that the overall buoyancy of Bitcoin markets is still healthy.

Entrepreneur Alistair Milne noted the fear among short-term investors was mismatched with the still-high price of Bitcoin, even relative to last month.

Today sees the release of SegWit Alpha, a component of a roadmap which, if successful, will see a beta launch on June 30, followed by signalling slated for July 21.