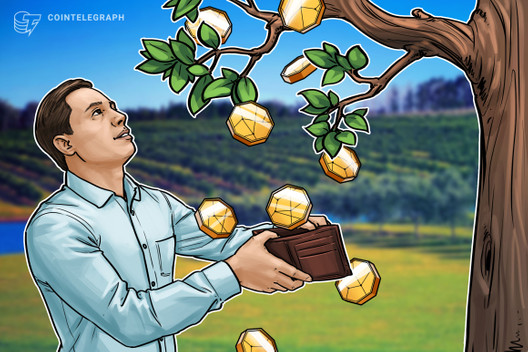 U.S. crypto exchange Coinbase is now offering a way for users in six countries holding Dai to earn up to 2% back from rewards.

According to a July 29 post on the Coinbase blog, Dai (DAI) holders in the United States, U.K., Netherlands, Spain, France, and Australia are now eligible to earn 2% annual percentage yield (APY) through its new program Dai Rewards. Coinbase said it would distribute payments daily to customers with at least $1 of Dai in their accounts, with initial rewards paid within five business days.

The exchange launched a similar system for USD Coin (USDC) holders in October. Initially the exchange offered 1.25% interest paid monthly, but this was reduced to 0.15% APY in June. Coinbase said rewards on both stablecoins offer a means to passively generate income on crypto assets “with yields on savings accounts and government bonds at record lows.”

Coinbase is offering Dai better rates than the average for fiat savings accounts — 2% vs. 1% or less. Then again, banks are widely seen as less risky than crypto exchanges.

Regulators in the United States officially gave the green light for federally chartered banks to custody cryptocurrency on July 22, but it’s unclear at this time how traditional institutions intend to utilize digital assets.