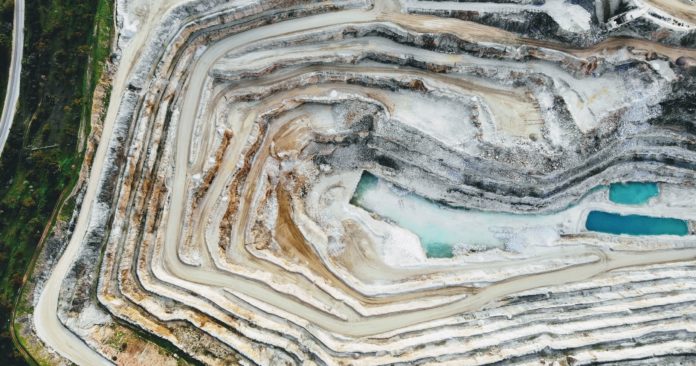 Bitcoin’s mining difficulty is at a record high, Singapore’s central bank digital currency could find commercial use and Chinese firms are going in on Filecoin. Here’s the story:

Record Level Mining Difficulty
Bitcoin’s mining difficulty, an automatic adjusting feature, is at a record high. This adjustment reflects increasing computer power on the network and, potentially, investment in new mining machines, despite bitcoin ranging between $9,100 and $9,500 since early July. The increased difficulty comes two months after Bitcoin’s quadrennial halving, which has complicated the economy of Bitcoin miners and machinery that secure the network.

Filecoin Miners
Eight of the top 10 Filecoin testnet miners are Chinese investors or companies, according to the blockchain explorer, while more companies are selling cloud mining contracts and physical hardware for the distributed file sharing system. “The Filecoin craze in China may be largely related to the long-standing popularity of crypto mining in the country in general, which is home to around 65% of the computing power on Bitcoin by estimation,” CoinDesk’s Wolfie Zhao writes.

Privacy Matters
Developer Chris Belcher is trying to bring privacy to Bitcoin. He’s building out an idea first proposed in 2013, CoinSwap, and has been awarded two grants for his effort. “CoinSwap could be said to allow bitcoins to teleport undetectably to anywhere else on the blockchain,” Bitcoin Wiki writes. Bitcoin’s cryptographic underpinning allows anyone to look at a history of any transaction – skewering any sense of real privacy. CoinSwaps and other privacy-minded advancements are trying to bring the anonymous aspects of cash to the blockchain.

Not Binding
A federal judge said Telegram’s court battle did not set a precedent for a similar case involving Kik’s battle with the SEC. “I think that there is no binding precedent one way or another,” Judge Alvin K. Hellerstein said. The SEC is pursuing action against Kik related to its $100 million ICO. The SEC won a preliminary injunction against Telegram this year, ordering the company to halt the issuance of its gram tokens, and the firm later discontinued the TON project.

CBDC Going Live
The next phase for a blockchain-based central bank digital currency project in Singapore “will be in implementing live commercial solutions to solve real world challenges,” after the experiment completed its development cycle. Designed by the Monetary Authority of Singapore and state investor Temasek, Ubin, as the project is known, has been running as a multi-currency payments platform and has leveraged work on a blockchain and digital currency at U.S. investment bank JPMorgan.

Chainlink is surging today, as it has for the past several days, weeks and months. Driven by integrations within the open finance ecosystem and a committed band of “Link Marines,” link is repeatedly passing lifetime highs.
Messari’s Ryan Selkis reflected on the trend this morning and said, “On a fully diluted basis, $LINK hit $8 [billion]+ today. That’s higher than Coinbase’s last valuation.” This is a significant milestone for what is only a piece of a larger financial system.
Chainlink is an Ethereum-based system of oracles that supplies data to other decentralized projects. As CoinDesk has reported, insiders think link’s continued price rise is driven by DeFi’s growing reliance on its technology.
No one can honestly say whether Chainlink is driven by “fundamentals” or FOMO, but this is as good a time as any to get into Gartner’s theory of Hype Cycles.
According to the research giant, the adoption of novel technologies follows a predictable lifecycle. There’s the initial innovation, a “peak of inflated expectations,” a period of disillusionment, the slope of enlightenment – defined by a growing number of use cases and pilot programs – and, finally, mainstream adoption.
This tidy theory only works in reverse, if a technology takes off. For some Chainlink observers, the platform is clearly following the slope of enlightenment. Skeptics think the crypto is cresting on a peak of inflated expectations, which will crash and potentially never recover.
There’s no clear answer to whether this is hype or a Hype Cycle, but in the words of CoinDesk Head of Research Noelle Acheson, reflecting on the dogecoin hype and irrational stock market ebullience:
“When markets don’t make any sense, when fundamentals no longer seem to matter, it becomes clear the rules are being rewritten or even thrown out the window. We could be in the creative destruction phase that will give way to a new wave of innovation. And in that wave, new types of assets could have a respectable place in new types of portfolios.”

Whale Breach
There are now 103 addresses holding at least 10,000 BTC, the lowest in more than a year, according to blockchain analytics firm Glassnode. There has been an 8% decline in the number of “whale” addresses over the past two months. What this means for bitcoin’s price is difficult to work out. While some see this as reflecting weaker buying pressure (potentially foreseeing a price drop), the trend also points to the Bitcoin network decentralizing. Data shows the number of addresses holding at least 1 BTC, 0.1 BTC or 0.01 BTC continues to reach new record highs. “As such, one could argue that bitcoin ownership is being transferred from relatively few whales to a large number of smaller investors,” CoinDesk’s Omkar Godbole writes.

Hyper-Stablecoinization
Pascal Hügli, chief research officer at Schlossberg & Co., sees stablecoins, or crypto dollars appended to a blockchain, as succeeding where the eurodollar has failed. “The eurodollar approach was an attempt by private actors to create a dollar funding system outside the U.S., but still within the traditional financial system. Crypto dollars mainly reside outside of the traditional, U.S.-led financial system. Because of its inherent auditability, the crypto-dollar system is more transparent than the old euro dollar system based on shadow banking (so named for a reason),” he writes.

Crypto Long & Short: Interpreting Value
Noelle Acheson, CoinDesk’s head of research, dives into last week’s dogecoin phenomenon, which saw a handful of TikTok videos shoot the memetic cryptocurrency on a price tear. “It has nothing to do with fundamentals, potential or even government handouts – most participants probably don’t even understand what cryptocurrency is (many of the videos refer to DOGE as a “stock”). It’s about manipulation, just because,” she writes. “When you have the next generation of investors blatantly flaunting that markets are a meaningless casino, when you have them advertising that markets can be manipulated, then you do have to wonder what role markets will have in their lives as they get older.”

Catching the Lightning Bug
Chaincode Labs researcher Clara Shikhelman has been studying mathematics in university since she was 14 years old. Now, as the bitcoin company’s newest post-doctoral fellow, she is exploring ways to optimize the Lightning Network. Listen in to why Lightning attracted her attention. “There are a lot of people like me, their main thing is academic,” Shikhelman said. “They are not the classic cypherpunk people, but …[t]hey believe in privacy, in political change.”