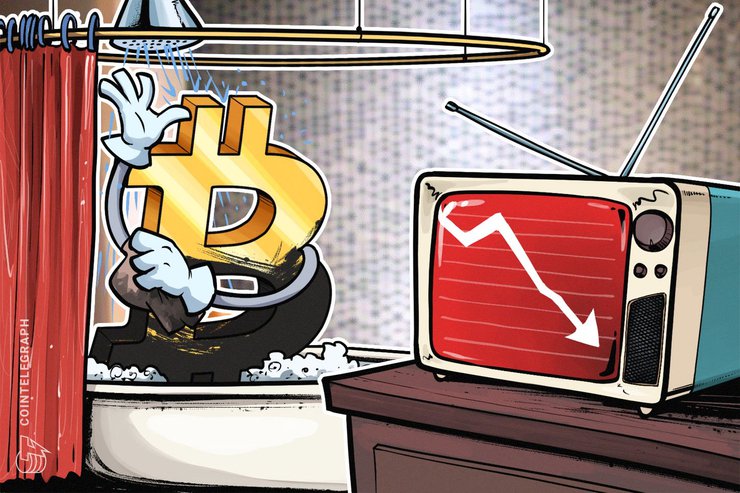 Saturday, June 8 — most of the top 20 cryptocurrencies are reporting moderate losses on the day by press time, as bitcoin (BTC) falls under the $7,900 mark.

Bitcoin is down nearly 3% on the day, trading around $7,870 at press time, according to CoinMarketCap. Looking at its weekly chart, the coin is down over 8%.

As Cointelegraph reported yesterday, cryptocurrency investment products and research firm CoinShares estimates that 74.1% of bitcoin mining is powered by renewable energy in its bi-annual mining report.

Ether (ETH) is holding onto its position as the largest altcoin by market cap, which currently stands just under $26 billion. The second-largest altcoin, Ripple’s XRP, has a market cap of $17.3 billion at press time.

CoinMarketCap data shows that ETH has seen its value decrease by about 3.5% over the last 24 hours. At press time, ETH is trading around $244. On the week, the coin has also lost over 8.6% of its value.

Among the top 20 cryptocurrencies, the one reporting the most notable losses is tezos (XTZ), which is down over 8% on the day.

At press time, the total market capitalization of all cryptocurrencies is $251 billion, about 7.2% lower than the value it reported a week ago.

Yesterday, news broke that multiple sources are expecting Facebook to launch the white paper for its bespoke cryptocurrency on June 18.

Today, Cointelegraph reported that United States-based financial research firm Weiss Ratings announced that it has downgraded its rating of EOS. The firm cited “serious problems” with centralization in the EOS ecosystem.

EOS, ranked 6th largest coin by market cap, is currently trading at $6.29, down over 6% on the day to press time.