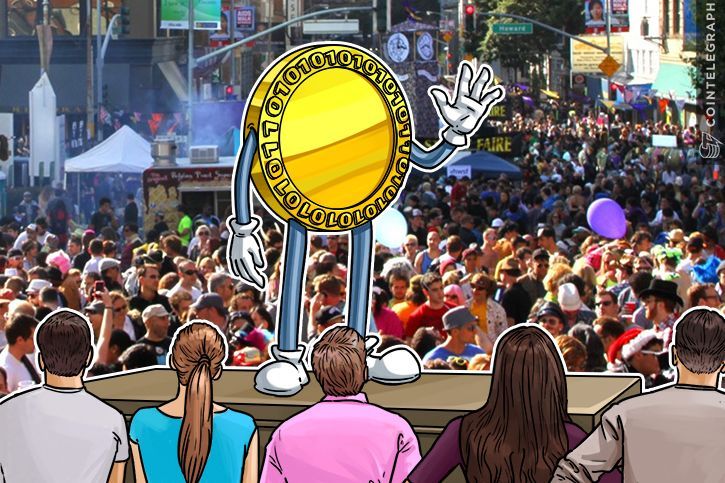 Today, Bitcoin isn’t always the currency of choice in moving value. Some transactions are taking days instead of 10 minutes, and the average transaction cost recently reached $4.50.

The Bitcoin network is currently at a turning point. 1 MB blocks are no longer a sustainable length to enable fast and affordable transactions.

When the network flirts with full capacity, miners are incentivized to settle transactions with higher fees, leaving behind less important transactions.

The actions that can be taken to prevent this from happening are currently competing for miner approval.

Indeed, opinions within the community are divergent. Some support Bitcoin Core’s SegWit and others Bitcoin Unlimited, or even an increase to 8 MB blocks.

Bitcoin has made a nice rally lately, doubling its initial unit price in one quarter.

However, this rally is hiding an unpleasant truth. The Bitcoin community is engaged in a battle and the situation is already having a negative impact on the currency.

Bitcoin was initially promoted as an inclusive system, with fast settlement times and low transaction fees. It was even compared to Visa to bring out its strong capabilities.

But today, the scalability problem is creating some impatience in the user experience, which might push participants to move to other coins for their transactions.

This will cause Bitcoin to lose popularity and momentum, instead of growing and scaling up.

Some companies and startups have started looking at altcoins as an alternative to Bitcoin.

As an example, the Brave browser first started on Bitcoin, before launching its own Basic Attention Token (BAT) based on Ethereum.

The social network Yours shifted from Bitcoin to Litecoin to avoid higher transaction fees.

The Irish gift card company BitCart had to drop Bitcoin as a payment means because it started taking more than 24 hours to settle, and the business couldn’t afford it.

Some companies are even creating their own cryptocurrency. That is the case of the messaging app Kik, which is developing Kin on Ethereum.

“A lot of people aren’t using Bitcoin anymore. People are moving their coins out of bitcoin, converting it to another coin.… If Bitcoins were performing and executing on all cylinders two years ago and meeting the demands of all its constituents, would we have these other coins at all? Bitcoin had all the market share. Today it doesn’t,” says Mike Belshe, chief executive officer of BitGo. Indeed, the scalability crisis that is boiling the Bitcoin community has brought, for the first time, the market capitalization of Bitcoin under 50 percent of the total cryptocurrency capitalization.

Only recently, Bitcoin has enjoyed a dominant position within the market, by being at around 80-90 percent. Altcoins are now taking over some of the market share.

That being said, the unit price of Bitcoin is still increasing. This has to do, on the one hand, with the recent halving of the daily issuing of Bitcoin.

Every four years, the number of coins minted is divided by two. Since the demand for Bitcoin is still growing globally, it pushes its unit price up.

On the other hand, Bitcoin is the cryptocurrency with the highest level of mainstream widespread. While altcoins are growing, this is not the case everywhere.

“I was just on this Bitcoin cruise with people from 20 different nations. In Venezuela, they don’t care about Ethereum. They just want bitcoin. Everyone in the west is really charged up about Ethereum, but when you go back to explaining this on a worldwide basis, Bitcoin is at least two orders of magnitude more well-known than Ethereum.”

Let’s also keep in mind that while it took four years to reach $16 bln in market cap, it only took four months to double that capitalization in 2017, and another two months for another doubling.

Whatever happens in the course of the next few months, Bitcoin is definitely at a turning point. Whether it will become an exclusive technology reserved to users that can afford high transaction fees or the inclusive cryptocurrency that would give all users freedom to transact, will depend on the decisions soon to be taken by the community.