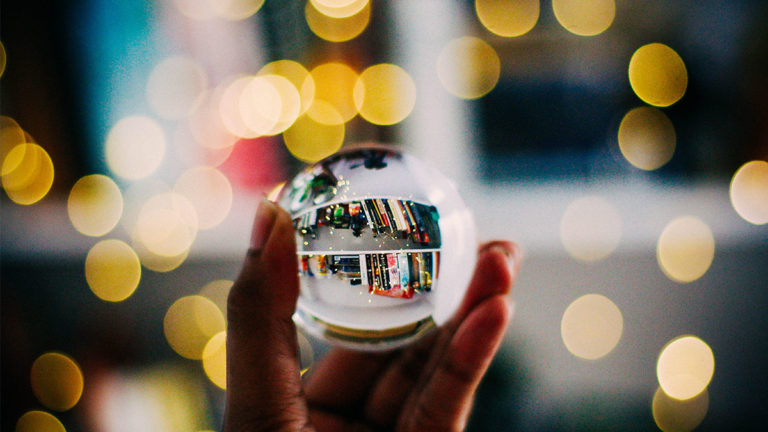 Originally launched in 2015, Augur was one of the first initial coin offerings (ICO) and Ethereum apps to garner notable attention for its blockchain betting market. And now v2 has all the bells and whistles of today’s DeFi market including the Interplanetary File System (IPFS), 0x Mesh, MakerDAO’s dai and Uniswap’s v2 oracle network.

The first version was notoriously clunky, slow and generally unusable despite its well-known presence in the crypto community. Originally, Augur was loosely based on Yale statistician Paul Sztorc’s Truthcoin, a prediction protocol built on the Bitcoin blockchain. (Sztorc has no affiliation with the project, according to a 2015 blog).

A second version had been in the works since the project’s early days, according to two of its founders, Jack Peterson and Joey Krug.

“The first version of Augur will likely be somewhat slow and slightly expensive (think pennies and many seconds per trade), but it’ll certainly be a beautiful glimpse of what’s to come.” the team wrote in a 2017 Medium article.

And, just as Eth 2.0 has faced unseen delays, so has Augur v2. Yet, with all that time, the team has been able to add a whole slew of Ethereum projects to its betting platform.

Off to the races

That second sentence may have only seven words, but it’s far more difficult to implement than to summarize. The main difference is that on-chain data is objective while off-chain data is subjective.

When you send a bitcoin transaction, you press a button and the network records it. Nothing much to dispute. Off-chain data, on the other hand, is the world of CNN, Fox News and Facebook wine moms. We don’t know what the truth is – we only have “reports” of what occurred.

At its core, that’s what Augur (and its predecessor Truthcoin) try to do through fancy tokenomics: turn real-world events into wagerable events on blockchains. It’s also what oracle networks such as Chainlink and Band Protocol attempt to do.

Doing so successfully requires systems to encourage users to not misreport information and also to agree on one interpretation of an event. If this is even possible to accomplish at scale remains questionable.

Augur has three different betting types: a Yes/No market, a categorical market with up to eight choices and a scalar market between zero and 100, Tom Kysar, director of operations at Augur’s Forecast Foundation, told CoinDesk in an interview.

In the past, Augur v1 allowed certain markets to be declared “invalid” if the outcome of an event could not be properly diagnosed, but it led to many bets being negated.

Augur v2 will expand on this logic by allowing betters to wager on an additional option for all markets: invalid. An invalid market wager option helps demonstrate with money that betters think the wager was poorly constructed, Kysar said.

One other perk of v2 over v1 is the settlement period. Market’s on the first iteration of Augur required seven days to close. Now it’s been trimmed between 48 to 72 hours assuming a market isn’t contested, Kysar said.

Augur is serverless, according to a blog released Monday. No, Augur doesn’t transcend modern computing – a byte has to be hosted somewhere. However, Augur has integrated the Interplanetary File Systems (IPFS) for decentralized client storage.

“Using IPFS means that the absence of no individual party can shut down client distribution, and alterations of the code from what is openly available on GitHub can be provably detected,” the blog states.

Kysar said Augur would release its software for reproducing on other Web 3.0 projects such as the Ethereum Name Service (ENS), too.

Augur v2 is also data heavy – which isn’t great for the current Ethereum mainchain that is currently seeing historic demand. But it does make it smoother for users.

In Ethereum, decentralized applications (dapps) are hosted on what are called smart contracts. Smart contracts perform actions when paid to do so in the blockchain’s native currency, ether (ETH).

Not all contracts are created equal, however. Augur requires these contracts to carry a lot of data in what is sometimes referred to as “bloat.” Data-heavy contracts weigh down the network.

Recently, Ethereum developers have become concerned by the growth of the Ethereum state, which holds portions of the data for conducting transactions. By the team’s admission, Augur will only add to the current Ethereum state in what has become a larger issue for the base layer:

The Augur V2 contracts tend to store more user-relevant data than many other similar contracts. For example profit and loss data as well as market metadata is stored on-chain. While this does mean transactions become slightly more expensive, it enables applications like the Augur V2 client to make fewer network requests and immediately pull relevant data.

Data heaviness translates to the average Augur user as higher fee rates. Kysar said his napkin math showed a successful bet on Augur at twice the gas cost when compared to a token swap on Uniswap. Opening a new market on Augur was about half the cost of opening a Balancer pool, however.

Augur will launch without an admin key, unlike a few other dapps that have received much criticism in the past.

Admin keys provide backdoors to on-chain contracts in order to make adjustments for live projects. Several Ethereum projects have been called out for allowing developers to hold these keys after launching the project or without disclosing the information. For example, Tornado Cash’s v1 admin keys were not provably destroyed until after a May v2 contract update.

Augur’s token, REP, is also getting a face-lift of sorts, Kysar told CoinDesk. REPv2 will have new logic introduced that the former token did not.

Augur raised $5.3 million in the August 2017 ICO for its Reputation (REP) token under the auspices of the Forecast Foundation, according to Messari. An ERC-20 styled token, REP is the platform’s quasi-governance token “used for reporting on and disputing outcomes of events,” Messari states.

Kysar said the old REP token cannot work with the new v2 contract, meaning a new token had to be produced. The Forecast Foundation has issued instructions for swapping the new REP for the old that “will need to eventually migrate… to REP v2 after Augur v2’s deployment,” another Augur blog states.

Augur is one of the first dapps to integrate 0x Mesh, an on-chain relay order book system for betting. (That’s a lot; here’s a breakdown.)

On-chain refers to the way 0x chose to set up their order book: It pings the main Ethereum network anytime a transaction needs to be executed, as opposed to off-chain order books which bundle pings. Each side has advantages not worth addressing here (although off-chain order books have grown in popularity lately due to the cost of gas).

Relayers speed up transactions across the Ethereum blockchain known for being slow and inefficient.

This inefficiency is a feature of how blockchains are arranged: as peer-to-peer (P2P) connections. If you think of settling a trade or a bet, you probably want it to happen fast which doesn’t work well in a network that whisper transactions instead of directly executing them from trader to order book.

“0x orders are simply cryptographic messages that can be passed around, e.g. relayed,” 0x spokesperson Matt Taylor told CoinDesk in an email.

Augur now has a stable betting medium, USD value mimicker dai. Traditionally Augur has used ether, but as reported by CoinDesk in October 2018, a dai integration has long been in the works.

Why? ETH’s price volatility is bad for betting. For example, ETH started July at around $230 and has now kicked over $320 for the past few days. A long-term betting platform can’t use a native unit such as ether and expect people to stick around; imagine betting on an election only to see your bet’s USD value spike or plummet after the fact.

“We weren’t decentralized or regulated. Some users want a fully decentralized, unstoppable product and others want a regulated product. It’s hard to offer something in between that people find valuable,” Veil wrote at the time.

And, to round out the stack, Augur will use Uniswap as a price oracle service. All decentralized applications need to have prices given to them from a feed, like a Bloomberg Terminal. That’s one function Ethereum “money Lego” Uniswap can provide.

Uniswap is an automated market maker (AMM), meaning it pairs tokens together for trading and listing in a decentralized way just using the underlying logic of the application itself. If someone wants to list a token, like the new REPv2, they pay a fee and drop the token on the protocol. Anyone can buy the new token or create token “pools” with trading pairs on Uniswap.

For example, you could spin up a DAI/REP trading pair to purchase REP with DAI or vice versa.

“There is this huge demand for oracles, and it’s a very valuable thing to have an on-chain price feed, especially a decentralized one,” Uniswap founder Hayden Adams told CoinDesk when Uniswap v2 launched. “This is a service that Uniswap v2 provides to the world, and I think will indirectly benefit the Uniswap protocol.”

These pools create information for trading, especially pricing data. A highly liquid pool can be leaned on, in theory, to provide a good base rate of the token against another token such as ETH. So, you can learn the price of the REP token based on how many ETH you can nab for it from a pool.